Goats part 1 in a series 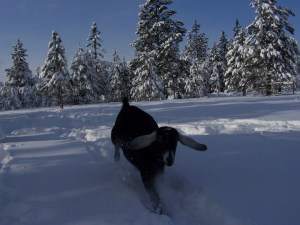 Everyone has those items that they covet, blatantly ignoring the tenth commandment, my item has long been Nubian goats. When we first moved out to these knapweed infested acres, which we mistook for paradise, goats have been in the future. We had other missions to accomplish first, we had to build a house, pop out a couple more babies, add on to the house, (Yes, those two items were related.) put up the garden fence, put in a lawn, move the garden fence, build a shop, re-move the garden fence, tear down part of the house and re-model it, and finally build barns and fences. All of these things take time. Lots of time, about a decade when you must do everything the hard way. All of that is fodder for another day. Today our topic of discussion is goats.

Many people proudly class themselves as dog lovers or cat lovers. Some people even keep mice, rats, ferrets and other creatures of dubious nature. I like goats. The first goat to make an impression on me was Malcolm, a big black shaggy beast of a creature. His life must have been a little dull because his favorite pastime became making my little child life miserable. Off I’d be trotting up the path to grandmothers house, just like little Red Riding Hood, only to meet my nemesis in the form of a four legged creature with horns lowered at me. It wouldn’t have been a difficult stretch for me at all to associate that terrifying creature with witchcraft and all of the traditional devilry traditionally ascribed to goats. To be fair, he never personally hurt me, likely due to my skill in running to the nearest stump and screaming bloody murder until some busy adult dropped their work and came to rescue me. The adults in my life insisted that if I didn’t run he wouldn’t chase me, and he just wanted to listen to me scream. The logic behind not running did make some amount of sense to my limited five year old reasoning. Those horns! Those pounding hooves! My courage would turn to fear and send my short little legs churning for higher ground. As for not screaming… My accomplishments at that age were few, it just didn’t seem fair to ask me to refrain from demonstrating my proficiency at the blood curdling scream.

Most goats are not that ornery, generally they’re personable and sweet. They love human attention and would be happy to take the place of man’s best friend if you gave them a bed by the fire.

There are several different breeds of goats, with Nubians reportedly being the most popular. Nubians are known for their friendly personalities, not liking the cold, being very vocal, and occasionally stubborn. There is a wives tale about people choosing to raise the breed of goats most like them.

Next up- More about Goats –My very own Goats. 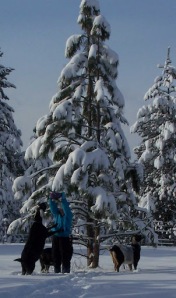 Malcolm paid his debt to society by becoming cabrito.

2 responses to “Goats part 1 in a series”